XBrowser has built-in support for Grease Monkey scripts. No need to install the Tampermonkey or Greasemonkey extension first like other browsers.

If you know the URL address of the script, the easiest and most direct way is to paste the URL address directly into the address bar of your browser. XBrowser will recognize the Grease Monkey script and prompt you to install it.

Try opening the test script gm-hello.js in XBrowser and you will see a prompt asking you if you want to install the script, as shown below.

Once the script is successfully installed, you will see the script you just installed in your browser under “BrowserSetting>>User Script”.

o test the script you just installed, open the www.example.com site in your browser and you will see the site display a “Hello World!” dialog.

Greasy Fork is a very popular script sharing site with a large number of developers sharing scripts here, and the scripts are updated frequently, here is how to install Grease Monkey scripts from GreasyFork.

When the script is installed for the first time, the site will pop up a dialog box, because the X browser already has a built-in script manager and there is no need to install third-party extensions, so just click “I have installed the user script manager, let me install it” ,and click the Install button again, and the page will pop up with a prompt to install the script. 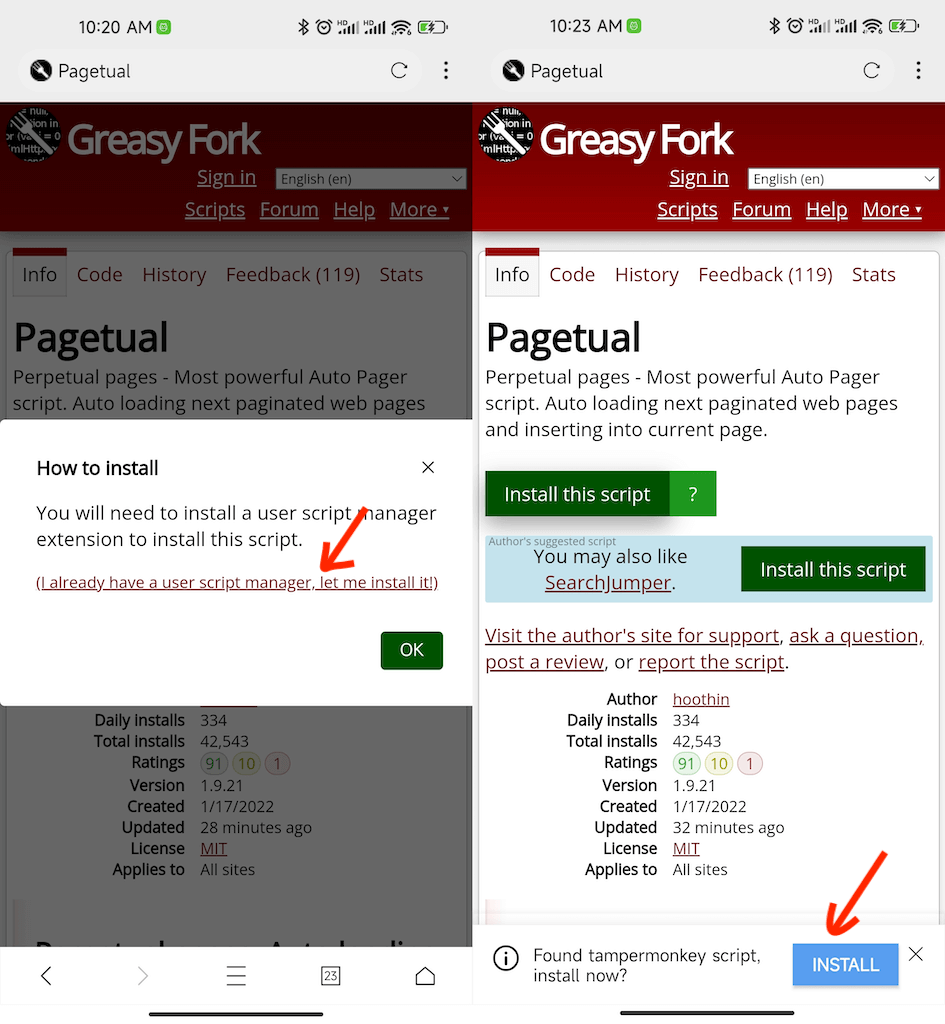 After the script is successfully installed, we can see the script we just installed in the user script manager. (Browser settings>>User script).

Tip:Greasy Fork Many scripts also focus on PC browsers, please check the script author’s introduction before installing the script, whether it is compatible with mobile browsers.