After the last document we have a preliminary understanding of user scripts, next we introduce how to use Normal scripts in XBrowser through a practical example.

Suppose we have such a need, I want to be able to query the current browser and page related information, such as the current window size, current page URL, browser UA and other information. We can use the following Javascript code to achieve this function.

Adding scripts to the browser

We can add the script to the browser and decide how to execute the script by following the steps below.

Go to “Settings>>User script”, click “New Script”, fill in the script name, introduction and other information, and paste the above code into the “javascript code area.

Click the Save button to save the script and the script list will appear with the scripts we added. 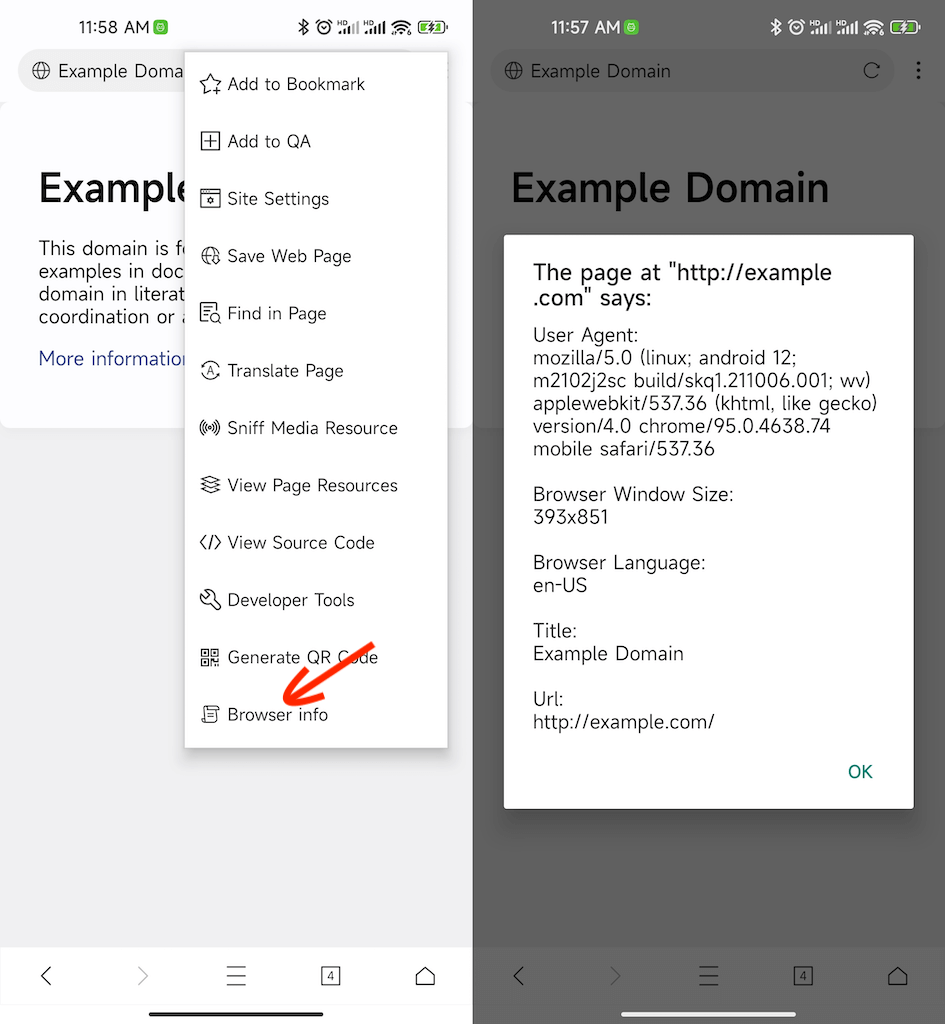 The following figure shows the effect of the example script execution options in different menus. 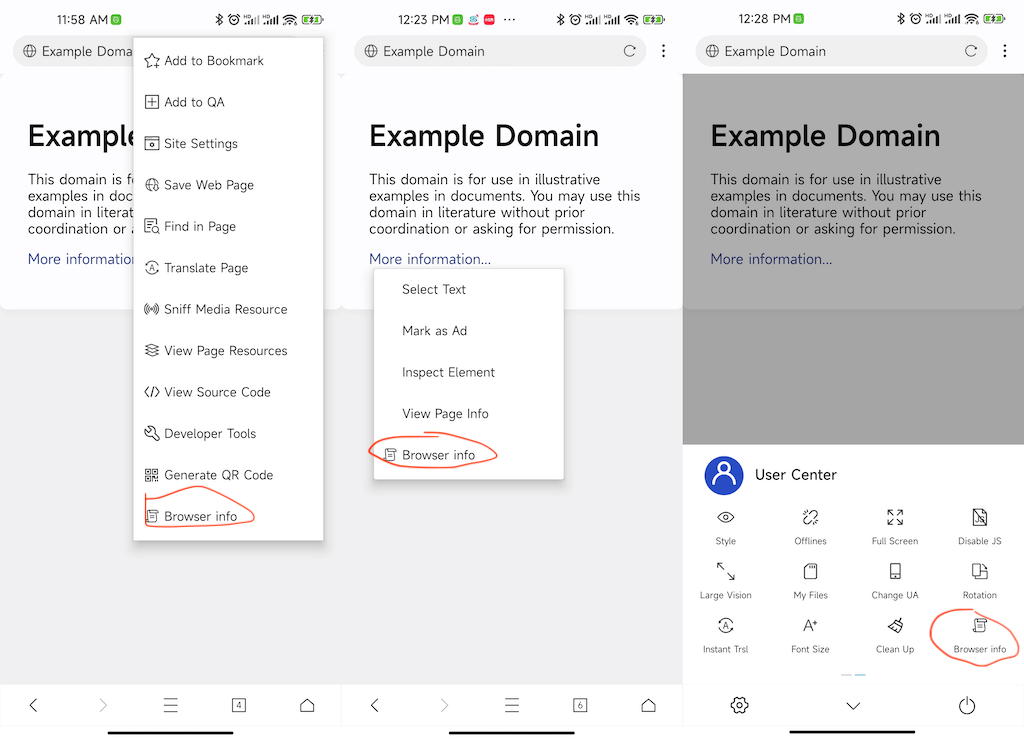